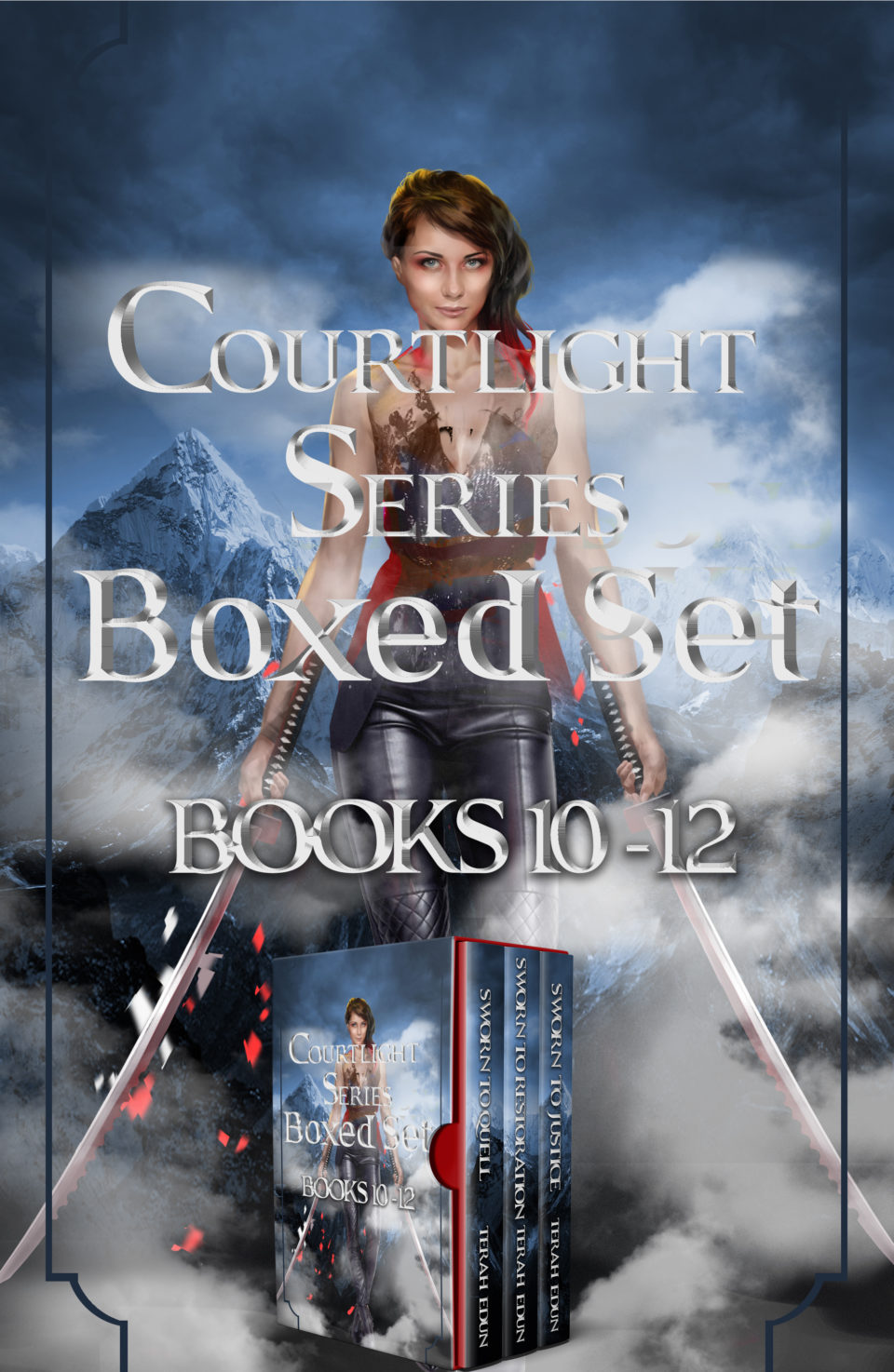 The fourth set in the wildly popular Courtlight series, Courtlight Series Boxed Set Books 10-12. Continue on with the adventures that have riveted readers of fantasy and romance for the entire series.

Sworn To Quell Ciardis Weathervane must forge a new path with a palace in ruins, a rebellion falling apart, and a public wary of committing hearts and minds to Sebastian’s cause. All while the heavens and the earth collide.

Sworn To Restoration After seeing the goddess for what she is, a bloodthirsty deity bent on breaking them, Ciardis puts a plan in motion to unleash a wave of magic across the land in quantities unlike anything since the Initiate Wars. If the deity wants a war, the humans are coming to win.

Sworn To Justice As Ciardis fights a goddess with motivations purer than most, she learns that the imperial advisors by Sebastian’s side are the very opposite of above reproach. Mid-battlefield Ciardis realizes that the perils of the entrenched court have surrounded her on all sides when she most needs to stay strong. But nothing is permanent and everything is up for grabs as she faces down this new threat.

You’ll never find a set of books more exhilarating than the Courtlight series, its time for your next fix in the fantasy world that has readers riveted!