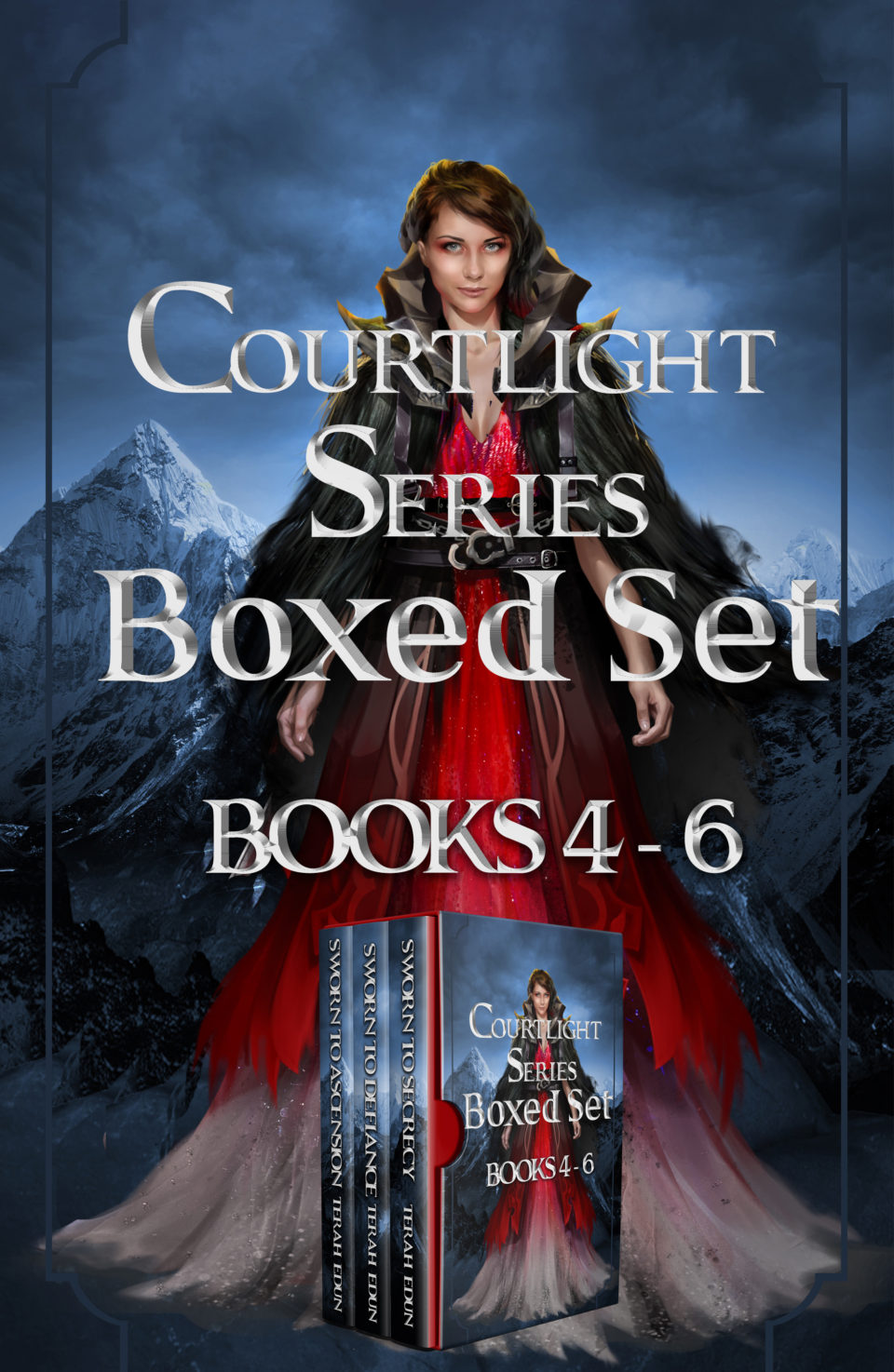 This three-novel boxed set continues the adventures of Ciardis Weathervane, a girl with no future, and Sebastian Algardis, the prince heir she loves. Ciardis and Sebastian were never meant to break the chains binding his powers or upend the imperial courts, now they’re ready to shatter an empire.

This boxed set contains the second set of three books in the Courtlight series.

Sworn To Secrecy Ciardis has returned to the heart of the imperial courts. With her friends by her side, she must unite humans and nobility in one common cause – the fight to prevent a war.

Sworn To Defiance An imposter sits the throne of Algardis and dark times are ahead for Ciardis Weathervane. Bickering between the members of her triad are threatening to consume her every waking moment, that is until a mission to start a revolution lands in her lap.

Sworn To Ascension With the help of a sarcastic seer, Ciardis is traveling to the ancient city of Kifar. A city which holds more than a device capable of stopping a god. It is the home of a wyvern ready to burn all to the ground.

You’ll never find a set of books more exhilarating than the Courtlight series, its time for your next fix int he fantasy world that has readers riveted!