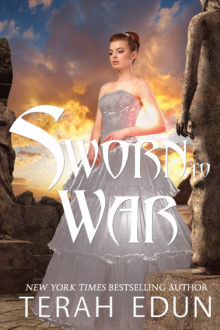 Thank you so much for your support over the last few months. I hope you enjoy the new read this weekend. My email is open if you have any problems or concerns: terahedun.ya@gmail.com.

08/01: iBooks is now live. Amazon also sent out a notice to all readers entitled “Kindle Title Sworn To War (Courtlight Book 9) has an available update”. Huge thanks to their awesome customer service team. ^>^

3 Responses to “Sworn To War: Courtlight #9 is LIVE”